How to hack NHL.TV to bypass blackouts 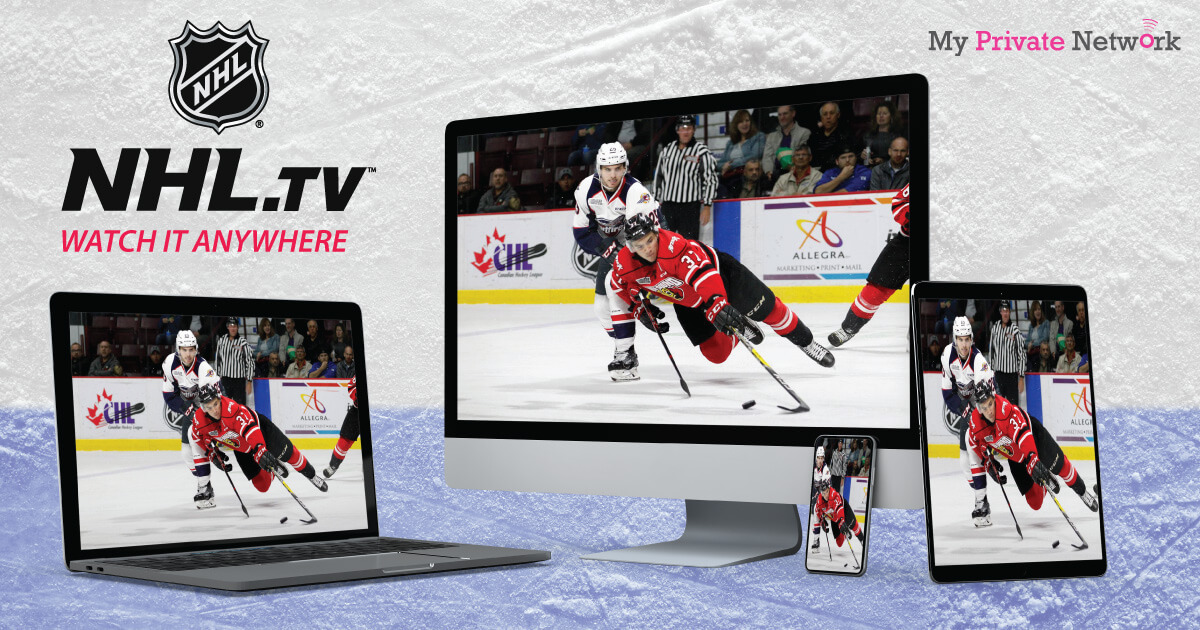 Thinking about getting NHL.TV but can’t deal with the blackouts? Although there are many ways to watch the NHL season, NHL.TV is still the best way to enjoy the games! If you’re looking for other ways to stream the NHL, check out our streaming guide in the link here:

If you weren’t already aware, NHL.TV has some frustrating blackouts when viewing from state to state in the U.S and Canada. Due to the reality of broadcast rights, local TV broadcasters have already secured rights to broadcast a game in a particular area. Which means that whenever a specific game is being played on television, NHL.TV subscribers will experience a blackout. Bummer!

Just like how it is for NBA’s League Pass and NFL’s Game Pass, the international version is always better!

U.S vs Canada vs International NHL.TV

There’s a huge difference between NHL.TV versions available in the U.S and other countries. The most obvious one as mentioned above, would be the ZERO blackouts on the international version. Not to mention, the League Pass pricing is also vastly different! Take a look at the screenshots we took for both versions below.

If you’re located in the U.S and headed over to the NHL.TV page, you will find that an All Access subscription for the season is going to cost you $139.99. However as you already know, the U.S version is plagued by “blackouts” (USA) which means that most regional and national televised games won’t be available to you. 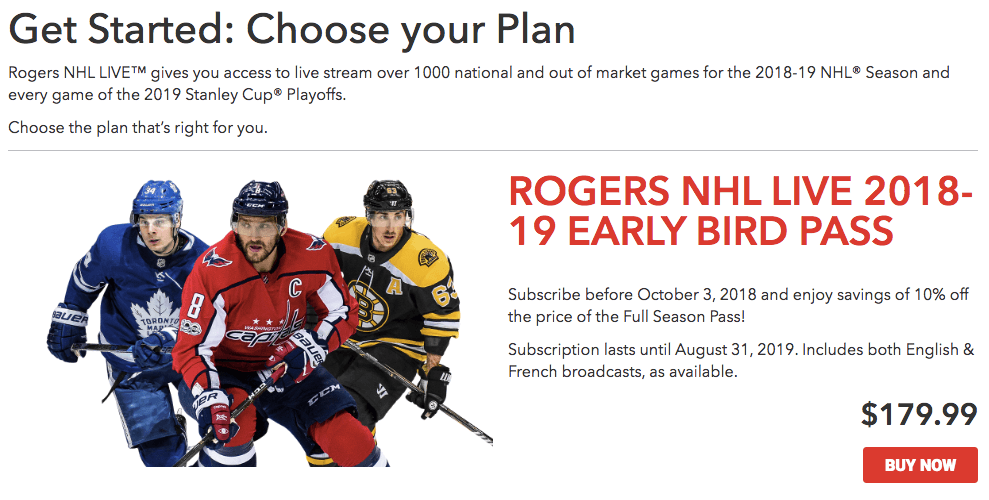 If you’re located in Canada and headed over to the NHL.TV page, you’ll be redirected to Rogers NHL Live (official NHL broadcaster) and find that their subscription for the season is going to cost you ~$140 (CAD$179.99). Moreover just like the U.S version, “blackouts” (Canada) will still be present which means that most regional and national televised games won’t be available to you.

If you’re outside of the U.S/Canada and headed back to the NHL.TV page, it’s going to look quite different. The first thing you’ll notice is the cheaper prices and as mentioned above, very little “blackouts” restriction.

The most compelling difference though, is that those prices are actually a whole lot cheaper than those in the U.S/Canada! For example, in Australia and most other parts of the world you could get NHL.TV’s All Access for just under $120. That’s almost a 15% discount!

Note: NHL.TV International is available globally except for Denmark, Finland, Norway, and Sweden as listed by NHL.com.

Which Country Has The Cheapest NHL.TV?

Clearly – Anywhere else besides the U.S and Canada has an offer that is more affordable for the same content. So just to recap the differences:

Now that you’ve got a better understanding on how NHL.TV works around the world, it’s time to get you started on accessing it.

How To Hack NHL.TV To Bypass Blackouts

You might be asking at this point, “Did we really just sent someone across a couple of countries just to test NHL.TV?”. No, of course we didn’t, we’ve got a better way. By using our VPN servers located in over 44 countries, we were able to change our devices IP address to that of those countries. As a result, we’d virtually appear to be in another country.

When you visit the NHL.TV website, they will first check your IP address so they can determine your location. If you have a United States IP address, you will be served the U.S version. However, if you were using our VPN and changed your IP address to one that’s outside of the United States (i.e. Australia, United Kingdom, etc.), you will then be served the International version instead.

So first things first, you’ll need to use a VPN to connect to another country outside of the U.S and Canada.

2) Install our VPN on any device that you’ll be using to watch the NHL games.

The steps here are for users that already have an existing NHL.TV subscription and would simply like to avoid blackout.

1) Once you’ve setup our VPN service on your device, you’ll need to connect to our Mexico (MEX) servers.
Note: This is to ensure you’re connected to a country closest to the U.S and Canada.

2) Then head over to the NHL.TV subscription page. You will see that the price for an All Access subscription at $119.99.

3) Click the “Select” button to proceed with your order.
Note: You’ll be required to create a free NHL account, or sign in if you already have one.

Note: If you used our U.K or Australia VPN for the cheaper rates, you may not want to do so when streaming live games. As those countries may be physically further away from the U.S (where you’re from presumably), it’ll take a longer time for the connection to get there which makes your overall internet connection slower. Hence, once you’re done with the cheaper NHL.TV purchase, we suggest that you connect to another country closer to you. For example, Mexico (Mex) would be a good choice if you’re located in the U.S or Canada. If you’re not within “blackout” areas (U.S and Canada), then you wouldn’t need to connect to the VPN to watch any games.